Can a Permanent Managing Conservatorship Be Reversed? 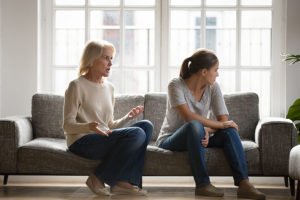 Often, conservatorships are highly beneficial, especially when the conservatee could put themselves or their finances at risk because of mental illness or other diseases.

However, there are cases where this isn’t the case, and being in a conservatorship does more harm than good. This was the case with Britney Spears, whose abusive and controlling father took control of her life through a conservatorship for 13 years.

Here’s what you should know about why, and how, permanent managing conservatorships are reversed.

Reasons to Reverse a Conservatorship

One of the leading reasons people want to terminate conservatorships is abuse. As you can imagine, conservators have a lot of power over their charges, especially when the people they are supposed to care for are in a vulnerable position.

Courts don’t always do their due diligence in protecting vulnerable individuals. For example, US News reports that 60% of courts don’t review the credit history of guardians, and 40% don’t run criminal background checks before appointing conservators.

Conservatorship abuse can take several forms, and it’s important to be diligent when protecting your loved ones. Abusers may embezzle money from their charges, or fail to provide funds to provide appropriate housing or medical care for conservatees. Abusers may also mentally or physically abuse the people they are supposed to care for.

Signs of physical and mental abuse include unexplained bruises, changes in behavior, and anxiety. Signs of financial abuse include odd changes to wills and other estate documents, bounced checks, and unpaid bills. If you suspect your loved one is suffering from abuse at the hands of their conservator, keep track of these details. They may be important evidence that can help convince the judge you are right.

Another reason to reverse a conservatorship is that the person no longer needs to be under the care of a conservator. This could be because they have recovered from a mental or physical situation where they were unable to care for themselves for some time.

This could be while someone was undergoing a medical procedure or seeking treatment for an addiction or mental disorder. Sometimes, this type of conservatorship would be a temporary conservatorship or a Lanterman-Petris-Short (LPS) Conservatorship rather than a permanent one. However, even with permanent conservatorships, people can recover to the extent that they can care for themselves moving forward.

How to Reverse a Conservatorship

Petitions to end conservatorships should include evidence supporting the arguments to reverse the conservatorship. This evidence can include signs of abuse, such as irregularities in finances, unpaid bills, or photographs of bruises.

Petitions can also include written statements from the person under the conservatorship and their friends and family, stating why they believe the conservatorship should be reversed. If the condition that prompted the conservator has ended, a doctor or mental health provider may also provide a report stating that the person is mentally and physically capable of managing their affairs without the need for a court-appointed conservator.

Our team can help your family prepare the best case for reversing the conservatorship. We can conduct a thorough investigation and look for strong evidence supporting our arguments. When going to court, our attorneys will be with you every step of the way. We understand the law and procedure that needs to be followed when reversing a conservatorship and can answer any questions you have about the process.

If you’re interested in learning more about reversing a permanent managing conservatorship, don’t hesitate to contact us today.