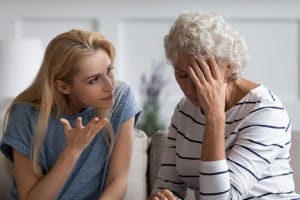 You may be shocked while following Brittany Spears’ 13-year case that conservatorship abuse can occur at any age, not just the elderly or incapacitated. Conservatorships can imprison rather than free your loved one when a deceitful conservator enters their vulnerable situation: in moments where they cannot manage their estates, schedules, and daily rhythms. And in Britney’s case, her father, Jamie Spears, has stripped her of everything, even her right to have a child.

Spears’ conservatorship team blocks her from posting “sensitive topics” relating to her legal contract on social media, so they halt her from sharing her true thoughts. However, we have collected information about her unjust predicament and will explain what conservatorship abuse is and the signs to look for so you can understand her predicament and how her conservators have taken advantage of her.

What is Conservatorship Abuse?

If you did not know already, conservatorship abuse is when a conservator (who the court appoints) wields their legal authority to control, manipulate, harm, and steal from their conservatee. You see these cases most often with mentally or physically incapacitated individuals or older people that cannot comprehend their conservator’s decisions on their behalf. Whether they hide physical abuse, participate in financial exploitation, or coerce them into sexual acts, all of these are examples of conservatorship abuse.

One of the easiest ways a conservator can target a vulnerable conservatee is to manipulate their estates and financial affairs to hide their tracks of theft. They can legitimize this kind of subtle robbery in several different ways, so you need to record these when you witness them. For example, the Britney vs. Spears Netflix documentary contains crucial evidence of her conservatorship abuse, such as leaked legal documents, that can be brought before a judge during a court hearing.

When a debt collector knocks on a conservatee’s door for bills the conservator should have already paid, you should be suspicious whether they pocketed those funds.

You can also spot conservatorship abuse can when a conservatee or their family members notice bounced checks in their accounts. Their bank will deny the check due to insufficient funds, which means the conservator is either lacking in their fiduciary duties or embezzling money.

Conservators can sell or lease their conservatee’s lucrative property to business partners that would benefit his and their own interests. This conservatorship abuse scenario becomes more sinister when their estate was a family property kept for generations and later sold to greedy investors.

Family members and friends have every right to ask conservators how they are managing their loved one’s assets and bank accounts, but when conservators have no good reason to provide, they should suspect conservatorship abuse. A conservator must have complete transparency when their daily responsibility is to steward their conservatee’s Constitutional rights.

Today’s conservatorship abuse stigma is changing to include Brittany Spears’ case and other young people that are free from incapacitation, yet bound by unjust conservators. She has not only undergone financial tyranny from her $60 million dollar estate and booming music career, but Spears’ father has taken her fundamental human rights.

Jamie Spears filed for a conservatorship in probate court after Britney’s psychotic breakdown, which came from her 5150 psychotic holding in a mental hospital, shaving her head, and beating a paparazzi with an umbrella. The courts ruled that she had mental illness and could not make personal or financial decisions, causing the conservatorship to become valid. In February 2008, she entered a conservatorship where the judge appointed her father as conservator of her person and himself and attorney Andrew Wallet as co-conservators of her estate.

What began to protect the famed pop star from harming herself and others evolved into violating her best interests, fame, and personal privacy. Most notably was when Britney Spears wanted to remove her IUD to get pregnant, but her father denied the request so she could not give birth.

On a daily basis, a team of ten people meet together to discuss her public relations strategies, song-license requests, and social media posts, taking control of her entire life. Jamie Spears has even put listening devices under her bed and in her bedroom, monitoring all her outside communications.

We Fight to End Conservatorship Abuse

Our team is grieved that unjust conservators have the opportunity to abuse and neglect incapacitated and elderly individuals that cannot defend themselves. But we also recognize that young conservatees are bound under conservatorships that oppress them, stripping them of Constitutional rights.