When Is A LPS Conservatorship Put Into Place? | The Legacy Lawyers Skip to content

If you know someone with a LPS Conservatorship who is being taking advantage of, contact us so we can help you! 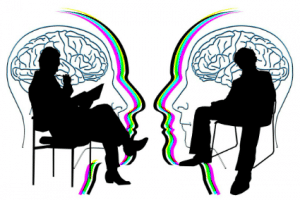 After the death of your Mother, your Father began to show signs and symptoms of depression. You speak with his doctor but he said this is normal and that you should keep an eye on your Father just in case it gets worse. One night you get a phone call from the police saying your Father attempted to commit suicide by jumping from a freeway bridge. Luckily, your Father was not successful but is now being held on a 5150. According to the California Welfare and Institutions Code, a Section 5150 is an involuntarily psychiatric hold. Since he is considered a danger to himself, he will now be taken to a facility for assessment, evaluation and treatment for up to 72 hours. At the end of the 72 hours the psychiatrist determines that your Father needs at least another 14 days of hospitalization and recommends a LPS (Lanterman-Petris-Short) Conservatorship. A LPS Conservatorship goes through the court process where a judge will appoint a conservator to make certain legal decisions. If you are appointed as the conservator, you will decide the type of medical treatment he receives, where he lives, how his money is managed, etc. A LPS Conservatorship can last up to a year; after the year, it would have to be renewed. For more information visit us at: https://www.thelegacylawyers.com/ If you have any questions, feel free to comment below or contact us at 714-963-7543. Know someone who will find this useful? Share it!